Note: This product is being replaced by the CANopen Series B Router

The CANopen Router provides intelligent data routing between either EtherNet/IP or Modbus TCP and the CANopen bus network. This allows the user to integrate CANopen devices into a Rockwell Logix platform (e.g. ControlLogix or CompactLogix) or any Modbus Master device with minimal effort.

In a Logix system the module uses Direct-To-Tag technology allowing CANopen devices to exchange data with a Logix controller without the need to write any ladder or application code in Studio 5000.

Slate allows the user to map up to 16 PDOs per CANopen Slave to Logix tags which will automatically be updated using Direct-To-Tag. When operating as a Modbus TCP Slave the module will provide various Modbus Holding registers to allow data exchange with a CANopen Slave.

Slate will also provide the user with the ability to change all parameters (using SDOs) of the slave based on the EDS file.

The module also provides a range of statistics to simplify the diagnostic process as well as a CANopen packet capture for remote diagnosis.

A built-in webserver provides detailed diagnostics of system configuration and operation, including the display of CANopen operation and communication statistics, without the need for any additional software.

Example of a typical network setup: 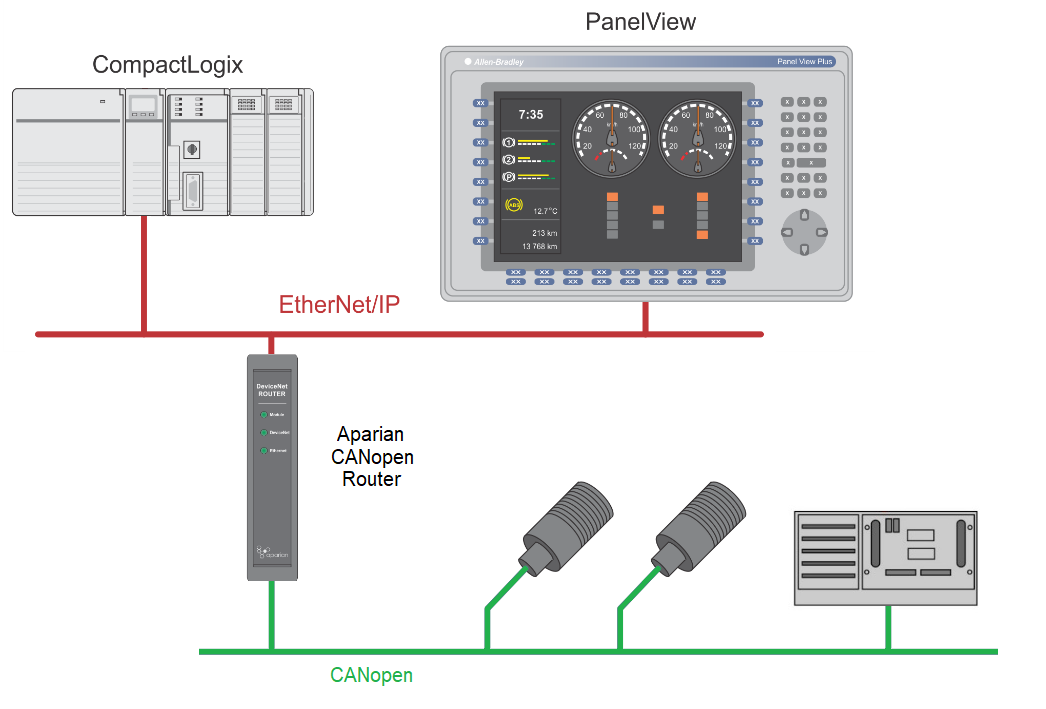 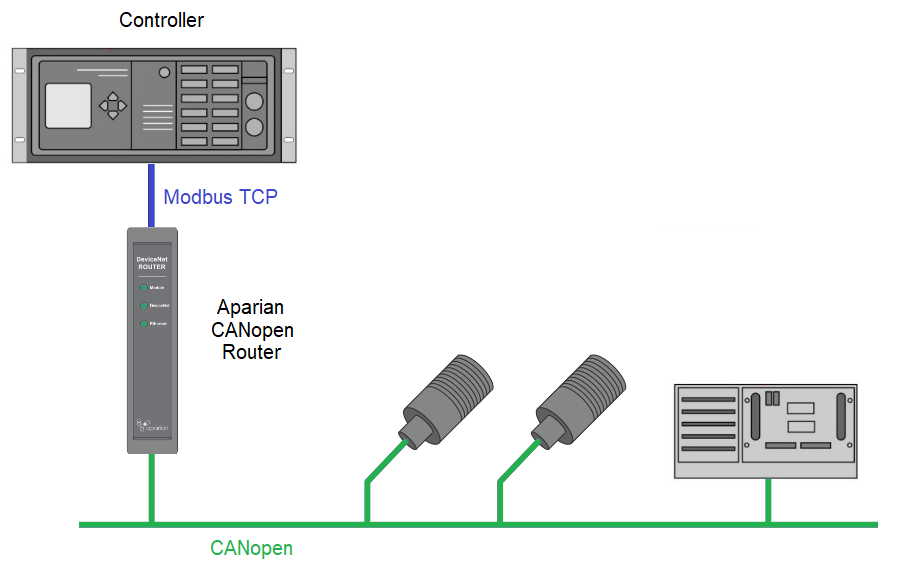 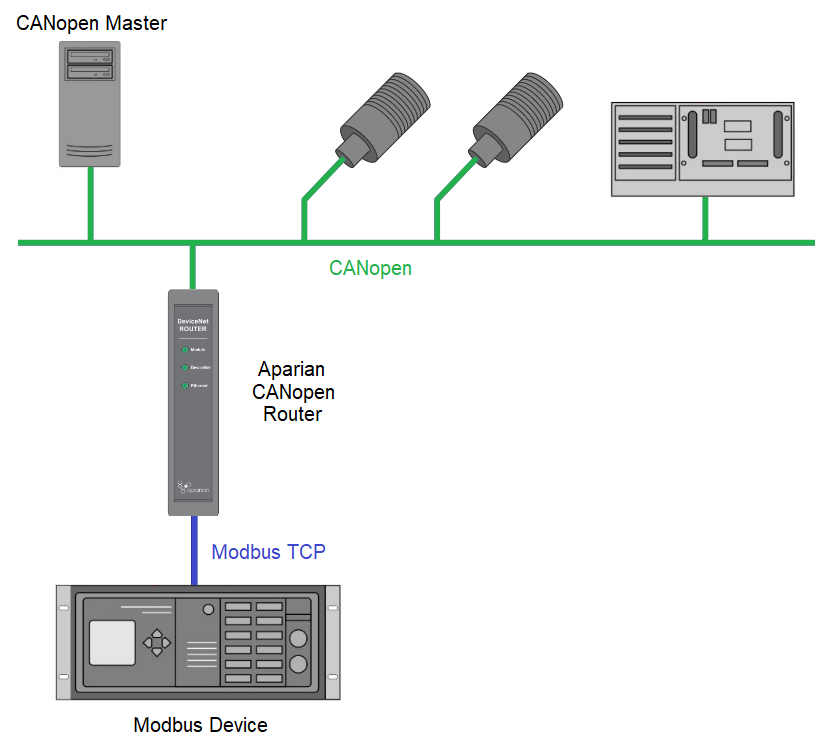 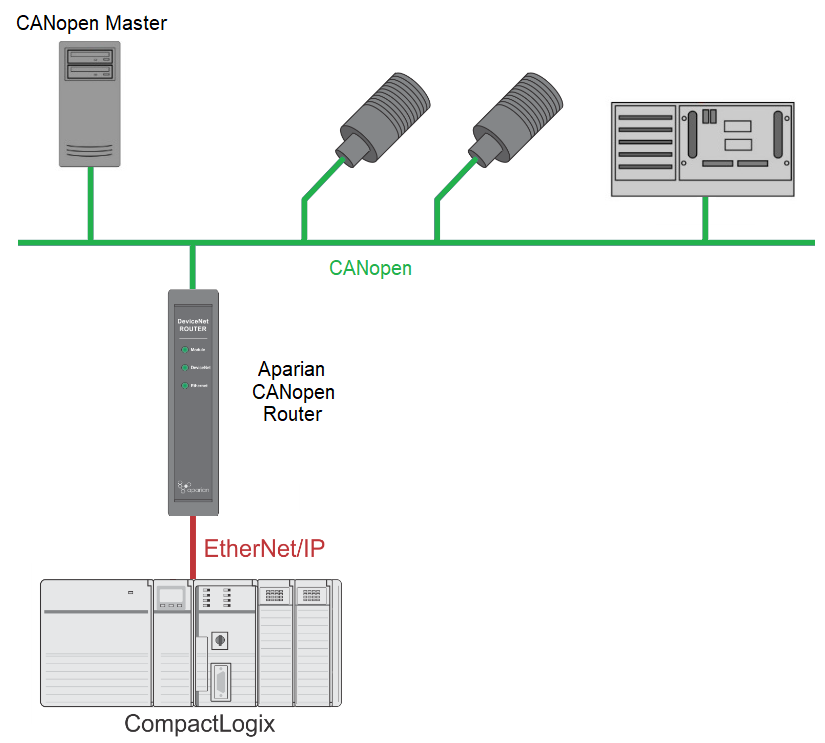 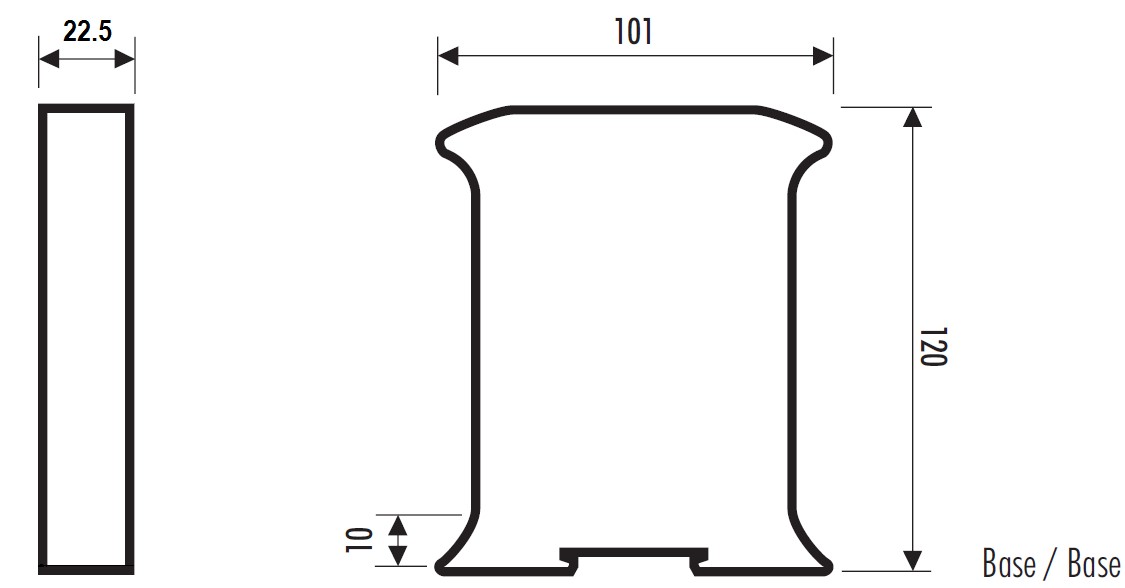